How The Dealer Prices A Stringed Instrument, Part 5, Labels

Our second most important area of pricing comes to the identification of the maker or brand. All knowledge of violin makers of the past and present depends, and has always depended on the labels glued inside them and occasionally the brand. Without these clues we would have no idea of who made what, or where, or when.

We have to remember though that wherever there is great wealth there is great fraud. Unfortunately there are label collectors as well as label changers. We know that from the vast number of faux labels that a widespread practice of removing them developed in the 19th century. Faux labels were often placed on machine-made instruments to make them look more expensive. These label changers knew that in the violin world an unknown maker would generally be worth less then a known even if the sound were fantastic.


Where was it made: 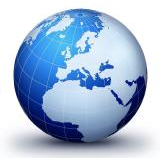 Identification of violins as to the maker, the school or county is quite complicated. I do not know of many that could take a violin without a label and tell who made it. The best most of us can do is give a school or country of origin. Knowing which country the instrument was made can help us identify a price point. To start with, in the mid 1600’s, the center of violin making was Cremona, Italy. This is where many of our more famous violin makers came from, like Stradivarius and Amati. Older and modern Italian instruments both command high prices. Starting in the late 1700’s came the introduction of the factories.There was a desire to have violins produced with the same standards and measurements. Each part was produced separately and then assembled later, which is still being done this way today. The birth of the these factories started in France with many of the violins being made in Mirecourt and some in Lyon. In the late 1800’s and well into the 20th century, Germany was the center of violin making. There were two well-known factories in Germany; one located in Markneukirchen and the other in Mittenwald. Markneukirchen producing the better made instruments. Remember, It was during this time much of the label changing was taking place! To date we still have factories in Romania and these have a great value but China is our latest center of violin making and has an abundance of factories. These can reflect the low student level to the top notch step-ups. Chinese labor is relatively inexpensive which will reflect in the price.